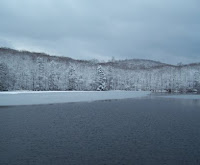 The 4-State Highlands region of Connecticut, New York, New Jersey and Pennsylvania received a big boost on October 29th when Congress approved $4 million to fund conservation of the Highlands’ most critically important lands. This is great news for the continued success of AMC’s Mid-Atlantic Highlands program.

Under the 2004 Highlands Conservation Act (HCA), Congress is authorized to approve $10 million a year for land conservation partnership projects that permanently protect high conservation value lands within the 4-state, 3.5 million acre Highlands Region. Unfortunately, since 2004 only $5.2 million in total has been allocated. The recently approved Interior Appropriations bill for fiscal year 2010, which includes $4 million in funding for the Highlands Conservation Act, will be the most funding that the program has ever received.

With land prices low and interest in conservation strong, the increased funds in 2010 will go a long way. AMC and our partners would like to thank our Highlands’ region congressional delegations in Washington D.C. for ensuring that $4 million in funds will be available for the upcoming year. 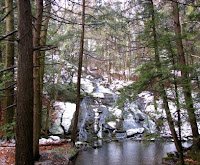 Each year, governors of the four Highlands states may submit land conservation projects in the Highlands for funding not to exceed fifty-percent of the total cost; projects must be consistent with areas identified as having high resource value. The Fiscal Year 2010 HCA funds will go towards Ethel Walker, Scoville and Naugatuck/Mad River Headwaters properties in Connecticut; Greater Sterling Forest in New York; New Jersey's Northern Highlands; and Texter Mountain in Pennsylvania. For more information on these projects http://www.outdoors.org/pdf/upload/FY10_HCA_FL_FactSheets.pdf

The Highlands region not only provides recreational opportunities to 25 million people who live within a one-hour drive, but also clean and plentiful drinking water to millions of residents of this region as well as critical habitat for numerous threatened and endangered species. The Highlands are a treasure in need of protection, and AMC continues to promote full funding of the Highlands Conservation Act, as well as helping specific land conservation efforts to move forward.